[Video] #Vote2020 ✊🏾 Why Black Women Over 50 Must Speak Up, Get More Involved and Let their Issues Be Known #aarp - Pam Perry PR

[Video] #Vote2020 ✊🏾 Why Black Women Over 50 Must Speak Up, Get More Involved and Let their Issues Be Known #aarp

I’m not one to talk politics but this year’s election is different. It is critical for Black people and especially for Black women. History-making Kamala Harris is on the U.S. Presidential ticket as VP and many are excited. But more than excited, we must remember to vote and encourage and inspire others to vote also.  No matter what.


Join me and my AARP Sisters at this virtual event on Thursday, 9/17 where we are going to have “conversations that count.”  Celebrities and regular folk alike – but we’re all coming together to voice what we want to be addressed by our elected officials.  Non-partisan. Just people. Black women taking the lead and putting it down on paper.

There is no better time than right now to lift the voices of African American women in Michigan to help create their own national and state agenda for this year’s vital elections.

Polling data has consistently shown that African American women 50 and older will play a huge role in deciding the 2020 elections. Also, Michigan is considered a key battleground state in the races for President and U.S. Senate.

A record number of Black women are running for the U.S. Congress this year.

So the timing for AARP Michigan’s “MI Sisters and Friends: Conversations that Count” could not be greater. The virtual event scheduled for Thursday, Sept. 17 from 11:30 a.m. to 1:30 p.m.  will create a 2020-2024 health and wealth agenda for older African American women in Michigan.

The agenda will be shared with state and federal elected officials, and progress will be reviewed annually.

“As politicians fight over our battleground state this year, we’re fighting to lift the voices of African American women across Michigan. National and state leaders need to hear what we need from them,” said Paula D. Cunningham, State Director of AARP Michigan.

Register for this free event, which is open to everyone. 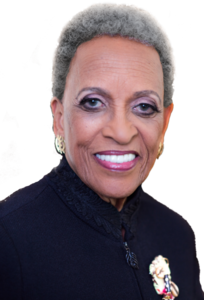 Dr. Johnnetta Betsch Cole, an anthropologist, educator, museum director and college president will deliver opening remarks, as will Cunningham of AARP Michigan. Dr. Cole also will facilitate a conversation with the audience on creating the agenda.

Wealth/Economic Impact: Gail Perry Mason, a respected authority in the financial industry and best-selling author; Dr. Marilyn French Hubbard, author and founder of the National Association of Black Women Entrepreneurs; and Sandra Gaddy, CEO of the New Women’s Resource Center. The panel will be facilitated by Rhonda Walker, Channel 4 journalist.

“I invite everyone to join our celebrity panel to help us create a health and wealth agenda that can guide our elected leaders to better serve Michigan women 50 and older,” Cunningham said.

As a special treat at the end of the event, recording artist, CeCe Winans!

The best-selling and most-awarded female gospel artist of all time, CeCe Winans has long since cemented her status as one of the most accomplished and celebrated women in modern music history. Recording and performing as both a solo artist and as a duo with her brother BeBe, CeCe has influenced a generation of gospel and secular vocalists over the course of her career.
She’s been inducted into the Gospel Music Hall of Fame, the Hollywood Walk of Fame, and the Nashville Music City Walk of Fame, in addition to being named a Trailblazer of Soul by BMI and garnering multiple NAACP Image Awards, Soul Train Awards, Essence Awards, and more. She’s sold in excess of 5 million albums in the US, topping the Gospel charts repeatedly while crossing over with hits like “Count On Me,” her duet with Whitney Houston from the multi-platinum ‘Waiting To Exhale’ soundtrack, which sold 2 million copies and cracked the Top 10 on the Pop, R&B, and Adult Contemporary charts.

International Interview: Pam Perry on Being an Entrepreneur #20years 🏆