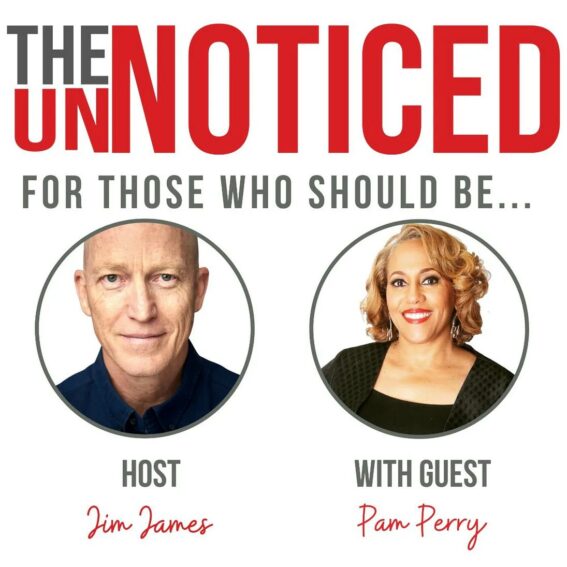 Wow. Just WOW. When you google yourself and see what comes up. This is what I found by Jim James from the UK on Medium:
Branding strategist and publicist Pam Perry explains why you should have your own media if you want to get noticed | UnNoticed Entrepreneur — public relations for business owners.

Branding strategist and publicist Dr. Pam Perry explains why you should have your own media if you want to get noticed.

Pam Perry helps business owners and entrepreneurs have their own media. In the new episode of The UnNoticed Entrepreneur, she talked about how doing that can get them noticed.

Positioning Yourself as an Expert

The media — including social media, TV, radio, and print — is looking for stories 24/7. And in order for you to get noticed, you need to be what they call a subject matter expert.

The first part is to become an expert and be positioned as an expert. In today’s world, one of the best ways you can do to achieve that is to have a book.

If you have expertise in a particular topic, translate it into a book format and pitch it to different audiences for them to know that you have expertise. Because, if you’ll notice, the word “authority” has “author” in it. You’d want to be an author so you can get authority and get noticed through traditional media. By having a book, you’ll also have content to share across the internet.

The first step is to write a book. It doesn’t have to be a thick one; it can just be a tips booklet. You can even simply be part of an anthology. The idea is to have something that will be the linchpin of all your other content. You can promote it on your social media accounts. You can write a press release and newsletter, among others.

Having Your Own Channels

Having your own book is one thing. Having your own channels and publications is another. Because if other media won’t pick you up, you have to create your own noise.

From radio and TV to print, you can have different channels that you own yourself — thanks to the tools that we have today. Now, the gatekeepers are gone. You don’t have to wait for a television or radio station to offer you an opportunity for an interview. You can create your own media and go straight to your own platform or media outlet.

The magazine, which is “the official publication for Black Speakers Network,” is a big example of an owned channel.

Many times, Black speakers — especially African speakers — don’t get the same shine as other speakers would have. They would pitch and pitch and pitch, but they wouldn’t get noticed. Pam became tired of waiting for the traditional media to give these great speakers a chance, so she thought of creating their own magazine where they can be promoted.

As the publicist of the magazine, she’s keen on promoting the publication and sending it to the media and conference people among others. In other words, she wants to ensure that these speakers get seen.

The magazine, which they publish on Issuu, can also be printed.

SPEAKERS has 16 pages and it typically features two stories and 10 speakers. On the front cover is a speaker whose cover story can be found on the center spread. The speaker who’s on the cover will usually be holding a conference or event or launching a book or any other endeavour.

Apart from the main story, there will be specific sheets dedicated to other speakers. In it, they can put their bio, photos, social media handles, and how to get in touch with them. They also get to showcase their talking topics.

Pam then sends the magazine to the media and their subscribers. Within it are some articles as well that cover different subjects (e.g. how to create social media graphics that make you shine, how your purpose was meant to help you profit). These are things that speakers need in order to edify themselves, but they also are generally helpful to the public.

The cost of publishing SPEAKERS can be viewed as a part of Pam’s marketing budget in a way. In the magazine, people can see that she is its publicist. She also puts an ad promoting the services that she offers. On the other hand, speakers have to pay to be in a particular issue because the magazine is an advertorial. [And gets shared to media and meeting planners through Pam’s massive network]

Taking both sides into account, the magazine can be considered paid and earned at the same time. And it works like many other magazines and media outlets today: People are paying to be on the covers or an insert in a magazine and be on television shows and podcasts.

Pam is also using the audio-based app . There, she has a club called Speaker PR & Branding and she utilises it as a channel for herself and her clients.

Within the club are people who have been featured in the magazine. And through that, you can hear how they sound as they’re sharing their expertise.

The club, which has about 2,000 members, talks about things like public relations, branding, marketing, and revenue generation, among others. It’s hosted every Tuesday and Thursday at 9 p.m. EST.

While they’re streaming during these schedules, they also record and have the recordings transcribed. Then, they turn the transcripts into books, which the speakers can give for free (via their website) and be used for lead generation.

On the Clubhouse app, speakers can also directly connect with other members and send them messages in their inboxes.

When people build their own content channels, there’s an opportunity for them to migrate from running a company to actually becoming a brand in their own right — like some sort of an “encore career – Like Pam’s client, Dr. Geneva Williams did with mentoring and coaching from Pam.

After 40 years of working in non-profits, she wanted to do something different. Her first venture was creating a podcast about leadership. She drew from her experience as a non-profit leader who has started different non-profit groups in Detroit.

As a motivational speaker, she wants to share leadership lessons with the younger generation — the Gen Xers and the millennials. She wants to inspire people who feel like they don’t really know what they want to do with their lives. She shows people how they can still have a vibrant life. [All this was because of Pam’s branding strategy and coaching]

It can be easy to create content. But what’s not easy is to get an audience. Solving that is part of the basic marketing formula.

For instance, if you have a monthly podcast, you can create a press release, put it on newswires, and let people know that you have a podcast and tell them who your guests will be. Though it seems like a simple thing, you’ll be surprised at how other organizations will pick it up.

You can also create a preview or a trailer for your podcast and share that with your own social media tribe.

Getting Her Brand Noticed

Though she doesn’t consider himself a platform speaker like and Tony Robbins , Pam does speak on her expertise. She goes to different conferences — including book and publishing conferences and podcast conferences. Even if it’s paid or not, she does it to get clients. And this is also why she’s adamant about the SPEAKERS magazine.

This article is based on a transcript from my podcast The UnNoticed Entrepreneur, you can listen here.

Here’s the interview I did with Jim via Amazon LIVE. His book is amazing!

📈 Back to Business: The ultimate virtual conference for serious sisters ✊🏾 ✨

🗣️How to Get Published: The Publishing in Color Conference and I’m Speaking!

How to be a PR superstar and Attract Media Attention 🎬