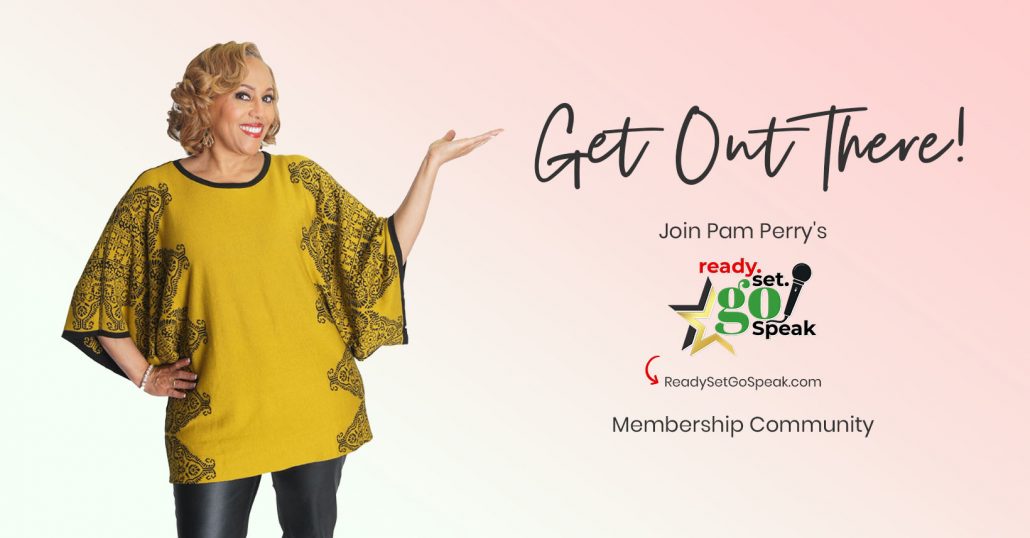 “Every little girl watching tonight sees that this is a country of possibilities. And to the children of our country, regardless of your gender, our country has sent you a clear message: dream with ambition, lead with conviction, and see yourself in a way that others might not see you, simply because they’ve never seen it before. And we will applaud you every step of the way.” — Vice President-Elect Kamala Harris

LEAGUE OF HER OWN

Pam Perry could be appropriately described as a woman of many hats.

A nationally-acclaimed businesswoman and empowerment extraordinaire in her own right, Perry is the mastermind behind Pam Perry PR, her Detroit-based company that is comprised of her serving as President of Ministry Marketing Solutions, Inc., the Publisher of Speakers Magazine, the podcast host of Get Out There and Get Known, and the Chief Publicist for Ready Set Go Speak Membership Community, all of which falls under the www.PamPerryPR.com umbrella.

In essence, as a credible and well-rounded PR and branding agency, Pam Perry PR has become a fixture for functioning as what she describes as “the master publicity and brand strategist,” the Detroit native told Making Headline News this week in lieu of her company’s 20th anniversary.

“We serve and show seasoned speakers how to get more media exposure and lucrative speaking engagements,” Perry said. 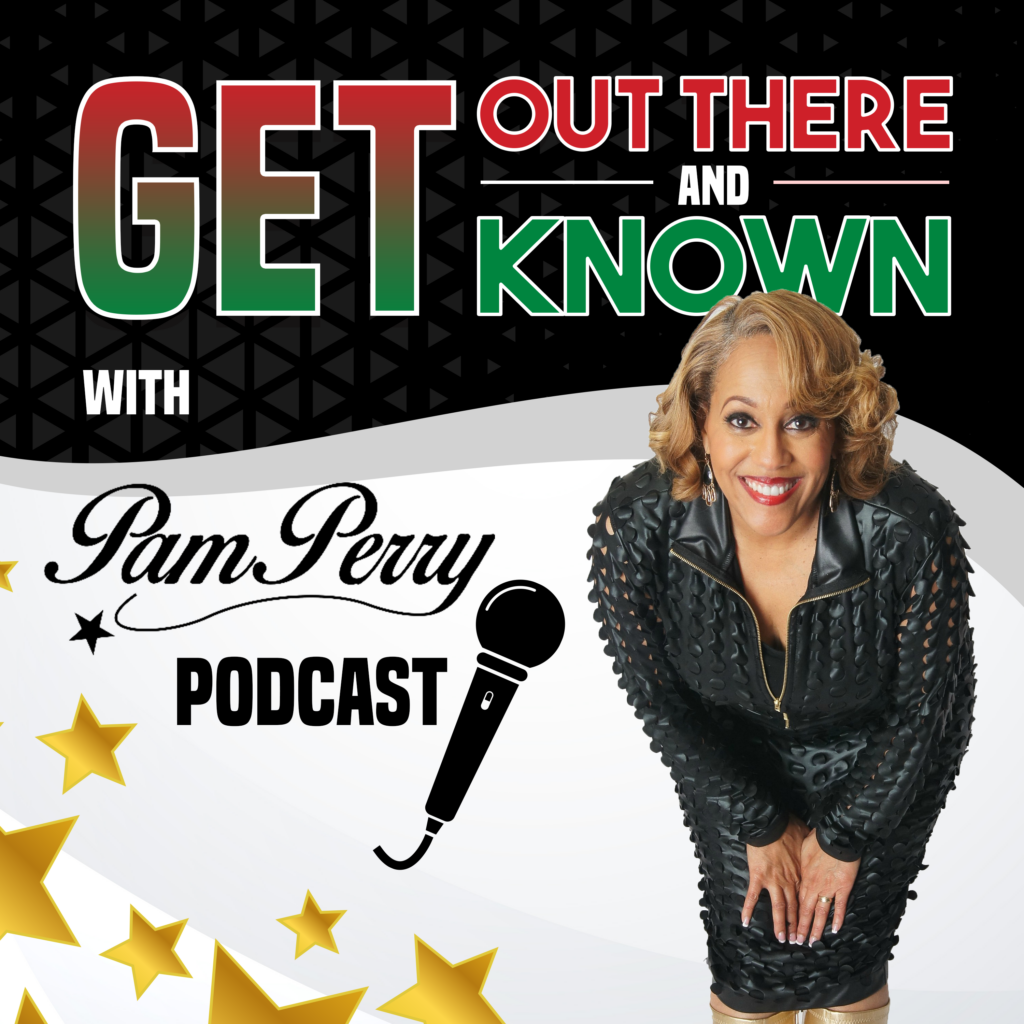 As for her newly-erected Ready Set Go Speak Community and Speakers Magazine, these two entities, Perry explained, “go hand-in-hand,” particularly as a strategic way to greatly enable speakers and authors to maximize their potential on an ongoing basis.

This is done mostly by customarily exposing them to authentic and credible media contacts and guest experts which, in turn, would aid them in building and enhancing their speaker brand.

Also, Perry hosts Get Out There and Get Known, a weekly video podcast that airs via www.PamPerryPodcast.com.

A company that has garnered considerable success for the past two decades, Pam Perry PR has emerged as arguably one of the finest of its kind, in large part because several high-profile celebrities have graciously embraced her brand and, most importantly, her solid and immeasurable credibility.

“(My company has) been a blessing to hundreds of authors and speakers,” said Perry, referring to the likes of Bishop T. D. Jakes, the late Dr. Myles Monroe, Taffi Dollar, Bishop Donald Hillard, Dr. Sujay Cook, Dr. Stacia Pierce, Michelle McKinney Hammond, Valorie Burton, and Marshawn Evans, among others. “It’s a lot. I can’t remember them all.”

A graduate of Detroit’s Cass Tech High — whose famous alums include Dianna Ross, Ed Gordon, and Shaun Robinson — Perry enrolled at Wayne State University, where earned a degree in Journalism School (with concentration in Public Relations).

During her undergraduate studies, she had become passion about someday working in the mass media industry, considering she worked at the school’s radio station and student newspaper. Consequently, was hired as an intern for major ad agencies in both Detroit and Chicago and ultimately landed work for the Detroit Free Press, where she would spend the next seven years.

Not to be outdone, Perry steadily enhanced what has evolved into a remarkable mainstream media resume when she assumed gigs at several Detroit-area radio stations, including having  worked for Christian Television Network (CTN) as a producer and promotions manager.

Then, a few years later, her solid experience in radio had eventually given way to Perry having secured jobs TV and print, milestones that would ultimately lead to her having become the public relations manager for The Salvation Army in the Eastern Michigan Division.

Talk about a remarkably compelling resume for a longtime Michigan media mogul, who could be appropriately described as a woman of many hats.

“(My mission is) to market the message…promoting positive people, publications and programs,” said Perry, whose sustained success in her selected was spearheaded by her former pastor, Reverend Dr. Joseph Jordan — “he told me as a teen I was going to be publicist for Jesus,” Perry jokingly recalls — and her longtime mentor, Dr. Stacia Pierce, whom Perry credits for having inspired her to enhance “ministry brand better,” she recalls.

“You can do more when you give more,” said Perry, when asked why it is imperative to esteem and inspire others daily, according to Philippians 2:3. “The work I do inspires others and I want to make sure those who want to do good in the world are as professional and polished as possible. 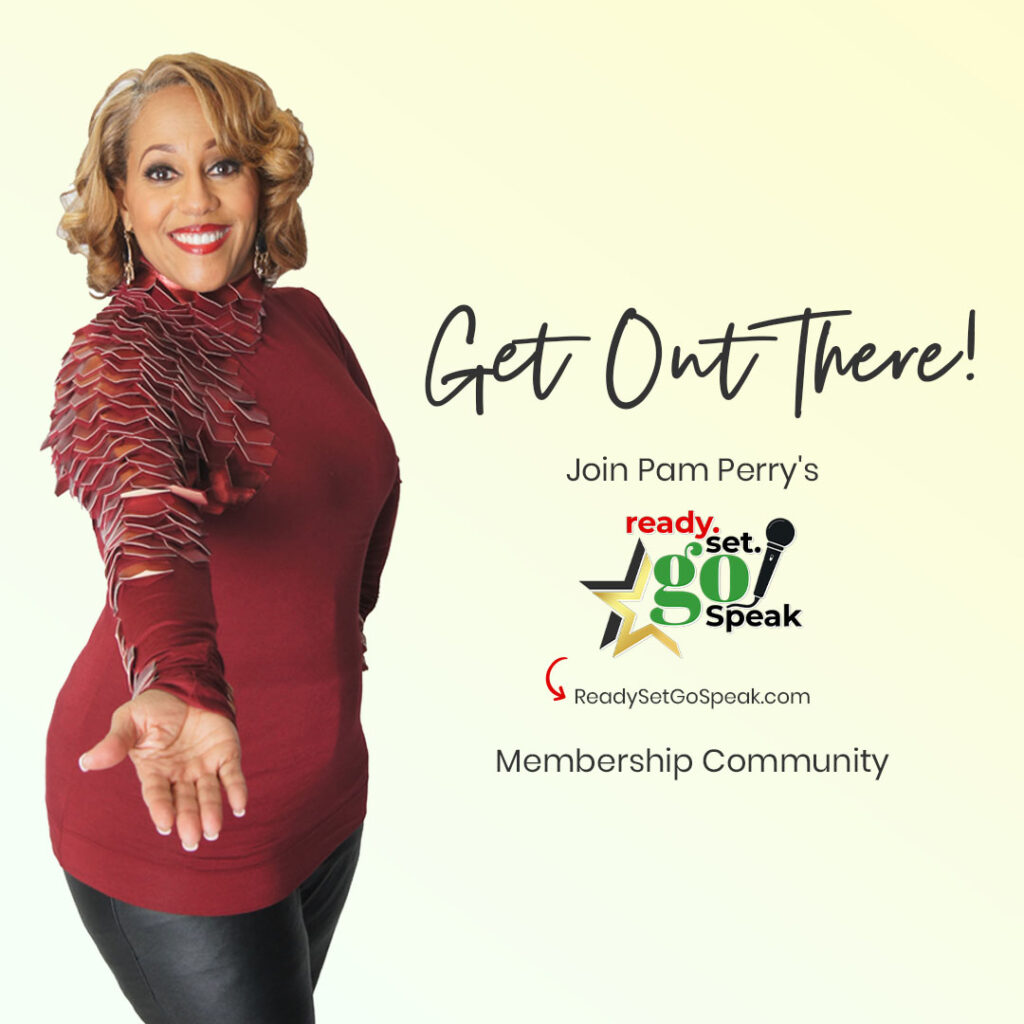 For more information about Detroit Businesswoman Pam Perry of Pam Perry PR to inquire about her services, a public appearance or speaking engagement, call 248-690-6810 or connect with her via social at Facebook: https://www.facebook.com/pamperryprpage/; Twitter: https://twitter.com/pamperry; LinkedIn: https://www.linkedin.com/in/pamperryprcoach/. Also, send email to: staff@pamperrypr.com. 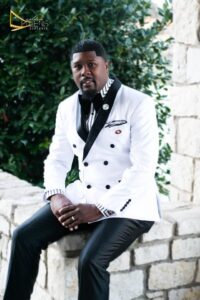 Andre Johnson is the award-winning Founder and Publisher for Making Headline News. A 2000 graduate of the University of Memphis School of Journalism and a former staff reporter of sports for the Memphis Commercial Appeal newspaper, Johnson covers the NBA Southwest Division from Dallas, Texas.